This may not have the graphic pizzazz of other posts, but for an author, this is pretty big! My very capable agent and I accepted an offer to publish my new book from Mayo Clinic Press. I’ll be working with a very well known and respected editor to create the kind of biography Mary Lasker deserves.

Publishers have the final say in titles as well as cover design (with my input, of course).  As decisions are made, I’ll keep you in the loop.

To give you a taste of things to come, enjoy this brief prologue.

The headline on the front page of the morning newspaper read: “Ike Turns Over NATO Command To Ridgeway.” General Dwight D. Eisenhower’s May 31, 1952, move was made to pave the way for his presidential run (at which he succeeded in November of that year). But it was a headline below which would have far greater world impact: “Lasker, Pioneer In Advertising, Dies of Cancer.”

Albert Lasker had, indeed, been an advertising pioneer. But to reduce the sum total of his life to just that one accomplishment would be akin to mentioning that Leonardo da Vinci did a little sketching. And of all the journeys Albert had made in his seventy-two years, the most important one was down the aisle with his third wife, Mary Woodard Reinhardt.

Mary had not ventured far from her beloved husband since his diagnosis of “intestinal” cancer in his final months. She had been at his bedside the misty morning he died in New York City’s Columbia Presbyterian Medical Center. Albert was Jewish, a faith whose tradition is to bury the deceased soon after death. Mary followed through on the tradition, holding a private funeral two days later in their lavish home on Beekman Place. It was sardonically surreal that a couple who had spent the past dozen years giving their energy and resources to conquer the disease, should now be separated from one another because of it.

The Laskers had an extraordinary partnership. Madly in love, their marriage was unlike anything either of them had had before. Each was successful in business and each had strong personality traits, but like a beautiful mosaic, it all blended rather than conflicted. Mary guided Albert to appreciate fine art; he counseled her in how to garner publicity for their mutual passion: the cure of deadly and debilitating diseases.

Albert had built an immensely successful advertising empire, counting Lucky Strike cigarettes, Wrigley’s gum, Sunkist Oranges, and others among his clients. He retired in 1942 with an enormous amount of money, and an equally enormous amount of time and energy needing a new direction. In December of that year, he and Mary launched the Albert and Mary Lasker Foundation to, as Mary described, “promote health through education and research.” Their hope was that the small financial awards that followed would not only fund new research projects, but put those researchers into a greater spotlight for further support. It seemed there was so much yet to be discovered.

At that time in America, heart disease, stroke and cancer killed more people than all other causes of death combined. A heart attack or stroke was likely to end a life immediately, if not soon afterward. But cancer was by far the most feared, as it killed slowly, agonizingly. Patients languished in hospitals, their open sores emitting nauseous odors, their skin hanging on unrecognizable faces, their screams of pain filling the corridors. Since all other horrific diseases were contagious, hushed questions about cancer’s contagion abounded. Further whispers wondered if the patient had brought the disease on him- or herself through an illegal or immoral act. Such rumors and misinformation forced patients and their families into shamed isolation. Surgery, radium and x-ray made up the entirety of the era’s treatment arsenal. Just one person in four would survive the diagnosis. Thus, with little at their disposal, doctors routinely avoided even disclosing the “Big C” to their patients.

By the time of the Laskers’ 1940 wedding, cancer was personal to each of them. Mary had watched close friends die of the disease; before they met, Albert’s younger brother had succumbed at the age of 39. A 1943 newspaper article prompted Mary to pay a visit to the American Society for the Control of Cancer. The staid organization, she learned, consisted of only doctors and scientists whose sole focus was the treatment of the disease, not how to prevent or cure it. They existed on a $50,000 annual budget (nearly $858,000 in 2022), with none of it earmarked for research. The word “control” in their name was puzzling to Mary; it didn’t seem they were controlling anything. She made a $5,000 donation and went home determined to change things.

Together, the Laskers reimagined the organization, rechristening it as the American Cancer Society. With their help, and that of many well-heeled friends, the next year’s donations were a whopping $4,292,000, with $960,000 designated for research ($72 million and $16 million respectively). It was a start, but Mary couldn’t fathom why more institutions weren’t involved in seeking a cure for the terrifying and deadly disease. Donating their own money, Albert explained, was not the solution, although they were fabulously rich. Rather, he told Mary, the United States government needed to be her financial target. He tutored her on the delicate nuances of “fund raising” – for political candidates – and “friend raising” –  cultivating in those same politicians her passion for medical research.

Mary was certainly not a politician, but she saw a clear path to blend Albert’s lessons with her social status and charming personality. The result became the ability to nudge the unconvinced including scientists, doctors, members of Congress and even presidents. She believed that, with more research, they could save lives, even if they didn’t believe it themselves. Some of them would become friends; others would not be able to control their resentment. But Mary truly didn’t care. She was on a crusade, creating an entirely new breed of citizen volunteer: the medical research lobbyist.

Josef Stalin (who would die less than a year after Albert) is credited as having said about war, “The death of one man is a tragedy. The death of a million is a statistic.” More than 220,000 Americans would die of cancer in 1952. But for Mary Lasker, there was only one tragedy that year. And while she may not have been cognizant of it at the time, his death would become the final straw in her life’s mission to slay the cancer dragon once and for all. 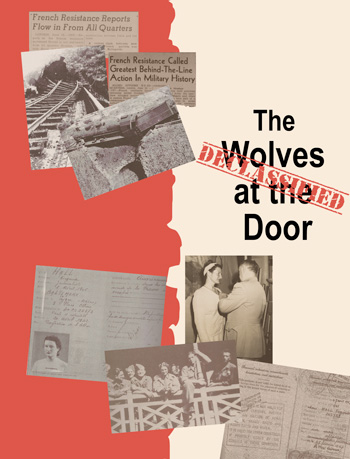 And how about a free copy of
The Wolves at the Door:
DECLASSIFIED,
your inside look at the declassified intelligence documents that became
a #1 Best Seller!

Enter your name and email  below.
NO SPAM – guaranteed!